A Breakdown of the Tier 4 RECS Renewable Energy Policy 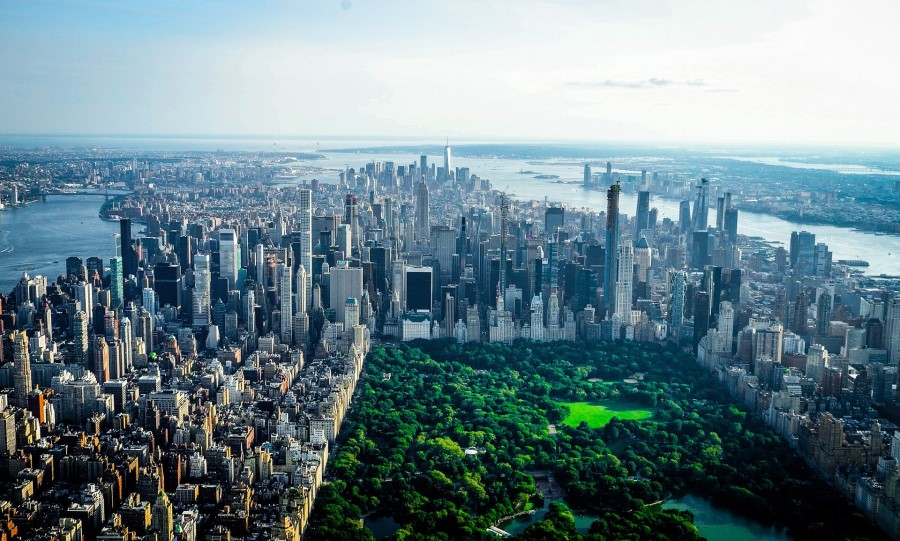 On October 15, 2020, The State of New York’s Public Service Commission released an order that established the Tier 4 Renewable Energy Credits (RECs) program in New York City. The Tier 4 Program was created to support the Climate Leadership and Community Protection Act (CLCPA) and The New York State Clean Energy Standard state goals. The Tier 4 Program allows for purchasing RECs produced or delivered in New York City Zone J to offset building emissions under Local Law 97. As part of this program, Tier 4 was also designed to increase the availability of clean energy resources to Zone J through new renewable energy projects. Throughout 2021, NYSERDA heard proposals for multiple renewable energy projects bidding for the contract award. As of September 2021, NYSERDA selected two contracts for the Tier 4 contract awards, Clean Path New York (CPNY) and Champlain Hudson Power Express (CHPE). Before construction can begin, both projects must be approved by the New York Public Service Commission, which is expected to be completed in 2021.

Keep reading to earn more about the benefits of this renewable energy policy in New York City.

SEE ALSO: Energy Resiliency Will Protect Your Organization in the Next Major Storm

The first project, developed through a joint venture of energyRe, LLC and Invenergy, LLC, is Clean Path NY. CPNY will deliver 7.5 million MWh of renewable energy per year through a 175-mile underground HVDC transmission line interconnecting at the Rainey Substation in Queens. The underground HVDC power line will connect new and existing wind and solar projects in Western and Upstate New York to New York City, ensuring the power is eligible for the Tier 4 RECs. If approved by the NYPSC, CPNY will be completed in 2027 with an initial 25-year contract with NYSERDA, and the investment will provide the ability to serve New York City for 75 years.

The second proposed project, developed by Hydro-Quebec and Transmission Developers, is the Champlain Hudson Power Express. The project will deliver 10.4 TWh of existing wind and hydropower from the Hydro-Quebec Grid underneath Lake Champlain through a 339-mile buried transmission line to a converter station in Astoria, Queens. In addition to this, the project has battery storage capabilities through utilizing Hydro-Quebec’s reservoir system, which can hold long-term renewable energy for later delivery to New York City. If approved by NYPSC, the project will begin construction in 2022 and will be completed by 2025, with the ability to provide renewable energy to New York City for 60 years.

If approved, these projects will reduce New York City's reliance on fossil fuels, which currently power 77% (some estimates as high as 90% with the Indian Point Nuclear Plant shut down) of the NYC grid. In aggregate, CPNY and CHPE will provide 18 MWh of clean energy eligible for the Tier 4 RECs. Furthermore, it is expected that these projects will fundamentally change the makeup of the downstate grid and will exceed New York State’s 70x30 goals. Finally, these projects will allow business owners to have clean energy supply options and purchase Tier 4 RECS under Local Law 97.

Business owners may also wonder what the pricing structure of the Tier 4 REC program will be to plan for the purchase of offsets before Local Law 97 goes into effect in 2024. Pricing and eligibility rules are dependent on the NYC Department of Building creating rules for purchasing RECs and are yet to be announced. Gotham 360 is a trusted women-owned business in the New York City area that can help you identify how the Tier 4 Program and Local Law 97 will affect your business. Then, using our proprietary methodology of resiliency, sustainability, procurement, and efficiency, we will create a plan customized to the unique needs of your business.

The expected average cost of the Tier 4 REC program is $28.29 per megawatt hour, and once the project begins to operate, the average bill impact for customers will be around 2%, or around $2 per month. Because it was set up with an index REC structure, when electricity process rise, the Tier 4 program costs will go down to protect consumers from energy price spikes.

If you are ready to make the leap to a more sustainable energy solution, call (917) 338-1023 or fill out our contact form to get in touch with us. We would love to collaborate with you!