For those of you unfamiliar with the concept of environmental justice, there is no better time than the present to familiarize yourself. The events of 2020 have brought to national attention the systemic racism and subsequent injustices Black people in our country face on a daily basis. The outbreak of coronavirus has disproportionately affected the Black community and is evidence of other systematic inequalities Black people face every day, including access to health care and equitable treatment by healthcare workers. Black people continue to face police brutality (not only now, but for centuries in this country), as evidenced by the recent deaths of Breonna Taylor and George Floyd.

A lesser-known fact is that Black people are disproportionately affected by environmental hazards. Many of these environmental hazards lead to pre-existing conditions that have caused the Black community to be much more susceptible to the coronavirus. There is overwhelming evidence that communities of color, particularly Black communities, experience a disproportionate level of exposure to toxins, pesticides, and air pollution, which leads to increased rates of health problems like cancer, heart disease, and asthma.

It is our responsibility as American citizens to educate ourselves on the injustices that Black people face, and actively work to create a more equitable society. This is why we think it is necessary to discuss the environmental justice movement, which, as defined by the EPA, works towards “the fair treatment of all people regardless of race, color, national origin, or income, with respect to development, implementation, and enforcement of environmental laws, regulations, and policies.” The movement actively combats environmental racism, which results in the disproportionate exposure of people of color to environmental hazards and environmental health burdens, whether by conscious design or institutional neglect.

Robert Bullard is considered the father of environmental justice. He got his start working as an environmental sociologist in Houston in the late 1970s. One of his first projects identified systemic patterns of injustice in the siting of garbage dumps in Black neighborhoods. After a rigorous analysis of the city’s waste disposal locations, he found that 100% of all city-owned landfills in Houston were in Black neighborhoods, even though Black people made up only 25% of the population. 75% of the privately-owned landfills and 75% of the city-owned incinerators were located in predominantly Black neighborhoods. The city at that time did not have zoning, so these were decisions that were consciously made by government officials.

After this initial finding, Bullard analyzed more sets of data and started finding a pattern. Across all major decisions regarding land use, housing, residential patterns, highways, etc. – the people that were making the decisions were not the same as those who had to host these facilities in their communities. Overwhelmingly, the decision-makers were (and in many places, still are) white, and their decisions negatively impact communities of color, particularly Black people.

In 1983, a study was conducted by the U.S. General Accounting office that found that 75% of hazardous waste facilities in the South were located in predominantly Black neighborhoods, despite Black people only comprising 20% of the population at that time. This was confirmed further when in 1987, the Commission for Racial Justice found that race was the strongest variable in predicting the location of waste facilities.

The environmental justice movement is as necessary as ever in modern times, Hurricane Katrina being a prime example. Katrina struck a particularly vulnerable community: in New Orleans, 65% of the population is Black and a large percentage live below the poverty line, meaning that many low-income, Black people lived in the areas most susceptible to the flooding. Katrina also impacted the outskirts of New Orleans, an industrial corridor called “Cancer Alley”, where the majority Black population has long been disproportionately affected by environmental hazards. The government’s response was slow, resulting in 1,800 deaths and $100 billion in damages. The impacts did not stop with the storm; as a result of the floodwaters, toxic substances were leaked out into the environment, and likely will affect the population of that area for decades to come.

Studies have found that low-income communities of color have limited access to clean water and reliable water infrastructure. One study finds that, compared to non-Hispanic whites, Black people are twice as likely to live in homes with substandard plumbing - a situation that has come about in part because of racist zoning laws and class inequality. This increases to three times as likely in rural areas. A study by the American Academy of Pediatrics found that “residence in older housing, poverty, age, and being non-Hispanic Black are still major risk factors for higher lead levels.” Flint, MI is the most high-profile case of lack of access to clean water for communities of color. More than half of residents in Flint are Black and have not had access to clean water since the start of this crisis in 2014, when the city switched the water source from Detroit’s system to the Flint river in a cost-saving move. Among other things, this has led to lead levels in children doubling and, in some cases, tripling. Despite the public attention, lack of access to safe water is still an issue in Flint and other Michigan cities. Another lesser-known case is in St. Joseph, LA, where 75% of the population is Black and 40% are low-income. Residents there continue to live with water that is tinted yellow and brown, though the government claims it is safe to drink.

The impacts of environmental racism are not just limited to water infrastructure. Lynn Miranda, adjunct professor of the Duke’s Nicholas School of the Environment, performed a study on air quality data from 2005-2007 and found that “non-Hispanic Blacks in the United States suffer worse air quality across multiple metrics, geographic scales, and multiple pollution metrics”, concluding that that risk declines as income rises, but is still around 50 percent higher at all income levels for African Americans, Latinos, and Asians. 76% of the people that live within 3 miles of the 12 ‘dirtiest’ coal plants are people of color, and the average per capita income is under $15k. According to the US Department of Health and Human Services Office of Minority Health, Black adults are 3 times more likely than white people to die from asthma, and Black children are 5 times more likely than white children.

Unfortunately, environmental justice issues are no stranger to New York City. Many local grassroots organizations are working every day, fighting for equitable access to green space, lead-free water, clean air, and more. Not too long ago, many of these groups came together in support of the passage of Intro 1253, now Local Law 97, which requires buildings over 25,000 sqft to meet ambitious energy efficiency and carbon emissions targets starting in 2024. Not only does this legislation reduce New York City’s contribution to climate change (buildings are the City’s largest source of carbon emissions), but it will improve air quality and lower energy bills. Importantly, it includes a provision that prevents rent-regulated building owners from passing along the costs of capital improvements from energy efficiency upgrades as permanent rent increases. The building retrofits required to reach the targets are also expected to create almost 4,000 good jobs each year in fields like construction and building maintenance. The passage of the Law marks a significant success in the environmental justice field in NYC. 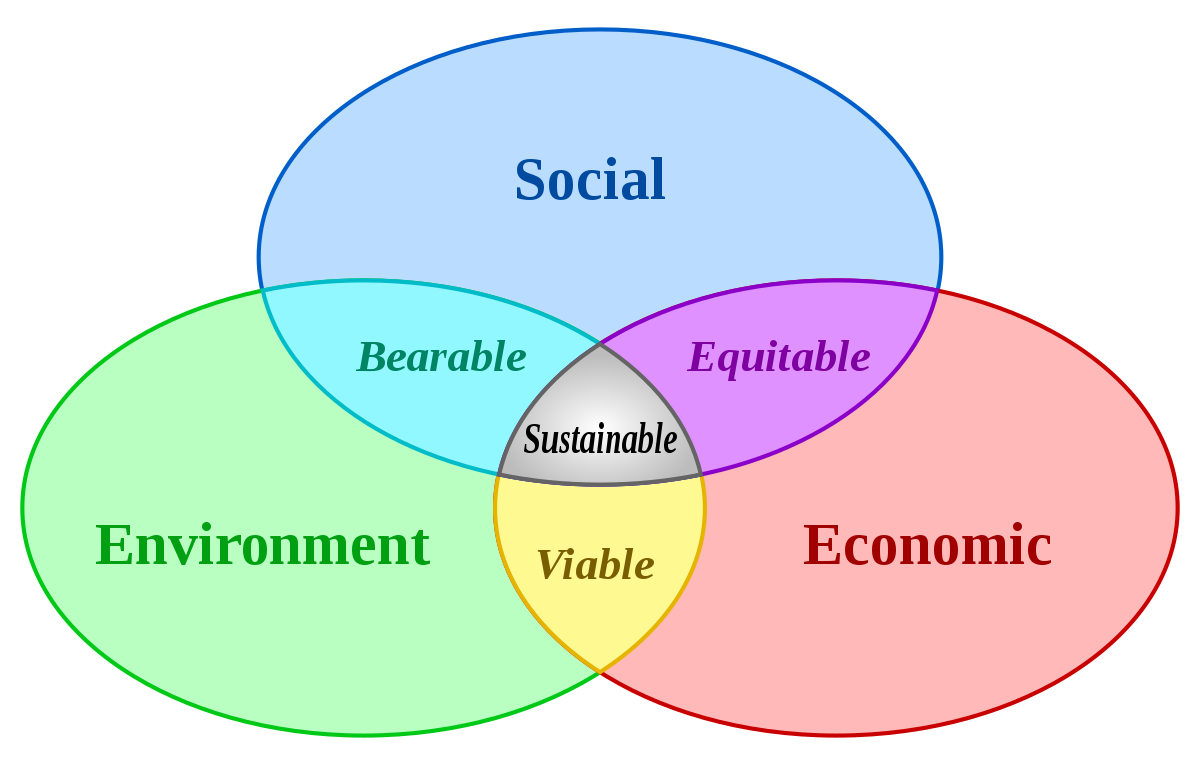 The core tenets of sustainability are Society, the Environment, and the Economy. If the components are not working together to create a more equitable environment for all inhabitants of the earth, sustainability will not be achieved. Moving forward, the environmental justice movement is as important as ever, because climate change will disproportionately affect our nation’s most vulnerable populations. As Robert Bullard said, “The new challenges that we face today include climate change, especially as it impacts the health and well-being of vulnerable populations. As new climate policy is implemented, we have to make sure that equity and justice are brought to bear, because the communities that are hit worst, first, longest, and hardest in terms of climate change are the same communities that are also hit hardest, worst, and longest by other environmental problems, such as air quality, hazardous waste, pollution and lead poisoning.”