The Push to Replace Peakers 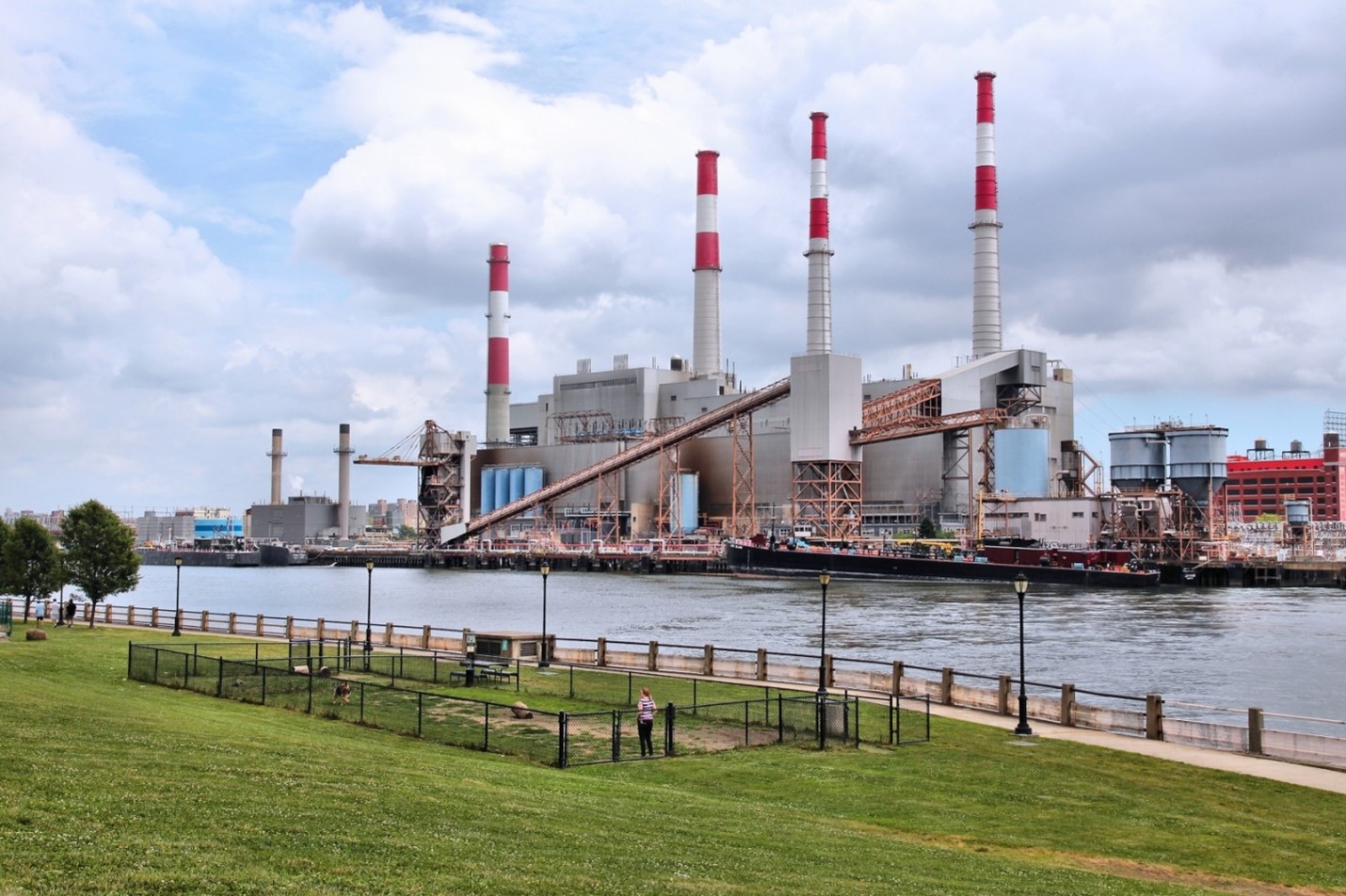 Peaker plants are power plants which produce electricity at peak times, when the demand for power is greatest. Such times include the summer, as heat waves hit and air conditioner use increases. The need for power during these times is especially acute in large cities such as NYC.

There are 16 peaker power plants currently operating in NYC, each running for approximately 90-500 hours annually. Peakers have shown to be a necessary part of NYC infrastructure, meeting the increasing demand for power and preventing widespread blackouts in the city.

However, the utility of peakers is offset by the cost – monetary and otherwise – of their use. In the past decade alone, peaker plants have cost NYC electric bill payers $4.5 billion. Other important considerations include the environmental and health effects of peaker plant use. Peakers run on fossil fuels, and many are not equipped with modern pollution control equipment. They emit more pollutants relative to the amount of electricity they generate than baseload power. These emissions yield perilous environmental effects, including acid rain and smog. In 2018, NYC peakers emitted 1,837,365 tons of carbon dioxide, 1,685 tons of nitrogen oxides, and 194 tons of sulfur oxides. To provide some perspective, the total emissions across the electric power industry in New York state in 2018 were approximately 27,936,000 metric tons of carbon dioxide, 29,000 metric tons of nitrogen oxide, and 11,000 metric tons of sulfur dioxide. Considering that peaker plants operate for just a few hours every year, the extent to which they contribute to the total amount of emissions in the state is substantial.

The harmful effects of peaker plant emissions are felt most harshly by people living in areas surrounding the plants, which are generally low-income communities and communities of color. The map below depicts the intersection between peaker plant locations and environmental justice communities. This is evidenced by the prevalence of respiratory illnesses such as asthma in such areas. Additionally, research shows that the pollutants are linked to increases in the risk of developing illness or severe infection due to COVID-19.

The dire consequences for the continued usage of peaker plants have driven efforts to find alternative means of meeting the demand for energy in large cities. Environmentalists promote the utilization of renewable energy sources instead of the currently used fossil fuels as a means of producing the needed energy. Such a switch would improve air quality, and thus the health of individuals in communities currently impacted by peaker plant emissions. The transition from fossil fuels to renewable energy sources would also work towards attaining the New York State Climate Leadership and Communities Protection Act (CLCPA) goal of carbon free electricity by 2040.

One primary advocate for the adoption of new methods to meet NYC’s peak energy needs is the New York City PEAK Coalition – a collaboration between the NYC Environmental Justice Alliance, New York Lawyers for the Public Interest, THE POINT CDC, UPROSE, and Clean Energy Group. Their 2020 report outlines the downfalls of NYC peaker plants and urges the adoption of a renewable alternative: solar photovoltaic energy cells and energy storage facilities. This solution is widely endorsed by numerous environmental proponents. Similar projects are being pursued elsewhere, including the Oakland Power Plant in California. Concerns arise regarding the use of solar power alone due to the fact that it is a variable energy source and cannot always be used to produce power. Energy can only be collected by solar cells while the sun shines, meaning that solar energy cannot be collected for use at night or during times when there is little sunlight. The use of batteries solves this problem, as energy can be harnessed when sunlight is abundant, with the excess stored in batteries for use when sunlight is scarce. The decreasing cost of energy storage systems makes the proposed alternative to peaker plants increasingly viable. When used in conjunction with battery storage, renewable energy sources could meet peak demand in NYC, and could even provide backup power when storms disrupt the grid. Energy storage alternatives are already being undertaken by many companies that own peaker plants, though they assert that energy storage technology is incapable of operating long enough to meet NYC’s energy needs.

Implementing renewable energy solutions to meet the peak power demand will require the development of new policies, as well as the allotment of funds to carry out the projects. Provisions must be made to incentivize the use of renewable energy sources and deter that of fossil fuels. This need is reflected in recent measures taken within New York. Legislations like the CLCPA have made renewable energy sources an attractive alternative to fossil fuels by mandating that the law be contrived in a manner that relieves the burden of environmental issues on low income communities and communities of color. Additionally, New York has dedicated hundreds of millions of dollars into accelerating energy storage programs. Yet, further work needs to be done to support the use of renewables over fossil fuels. For example, imposing limits on peaker plant emissions could encourage peakers to use renewables in conjunction with their current means of power generation. Altering current regulations to allow renewable energy sources to be compensated as capacity resources would give clean energy sources an economic edge over fossil fuels. Without such initiatives, renewable energy and battery storage will continue to be at a disadvantage in the capacity market.

Many of the advocates for the new initiatives also insist that the renewable energy and storage facilities be publicly owned. All NYC peakers are owned by private firms, some of which are out-of-state. The money currently paid to such firms for the operation of fossil fuel peaker plants could instead be invested in publicly and community owned renewable energy and energy storage facilities. This would help fund local communities and meet the needs of NYC residents. Such undertakings would be a form of intersectional environmentalism which enables members of low income and Black, Indigenous, and People of Color (BIPOC) communities to take an active role in advocating for environmental causes while securing their own health and success.

Renewable energy and energy storage efforts have the potential to meet NYC’s energy needs, including during peak times and in the aftermath of storms. While the decreasing cost of energy storage has advanced the adoption of such projects, more work needs to be done to improve the technology and increase the capacity and safety of batteries. Nevertheless, several arguments favor the adoption of renewable energy and energy storage as a means of powering NYC, including compliance with energy efficiency laws, benefit to public health, and supporting the development of NYC communities.